A Text Conversation Between A Bear & A Cat 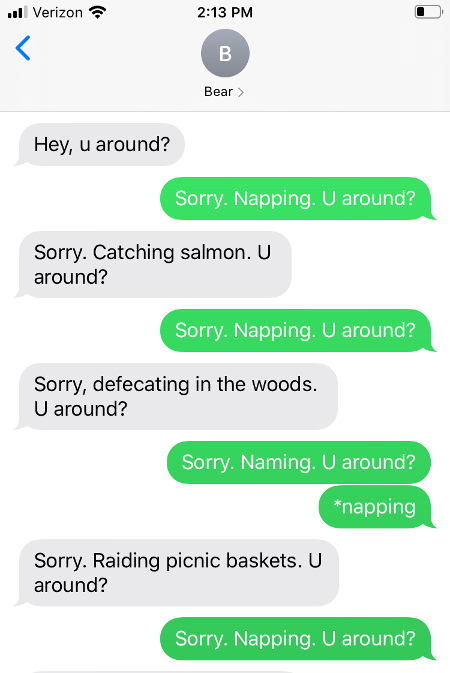 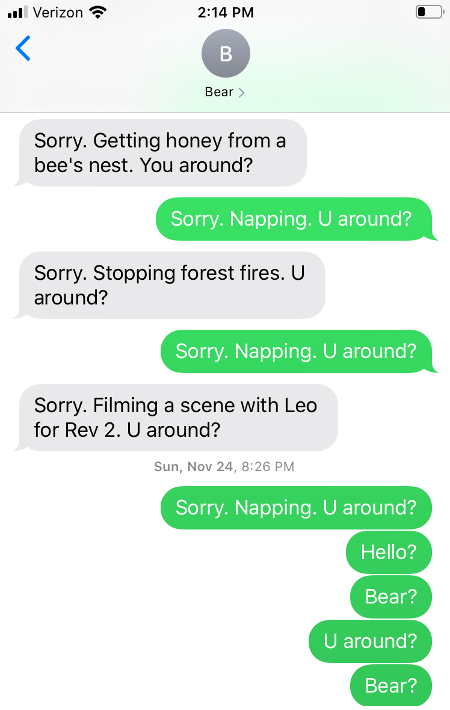 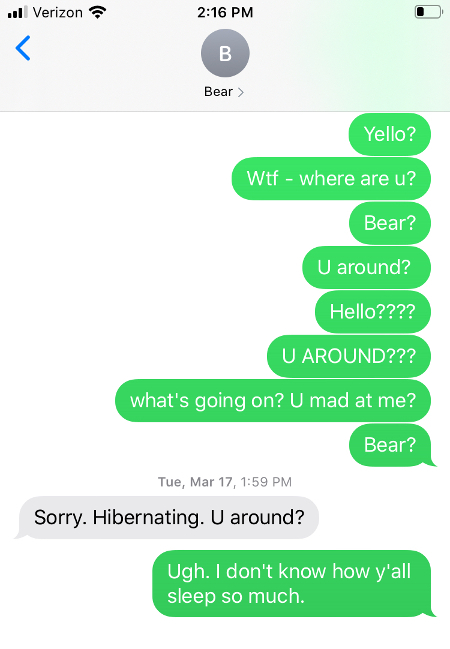 Over it by Eduardo Ely

How does Brazilian artist Eduardo Ely come up with such cute, hilarious shirt designs? Does he nap frequently, and then draw through the night like a cat, putting to paper all the wild things he saw in his daydreams? Or does he work feverishly for months and months, ravaging his drawing tablet and drafting table before resting from November to March, like the bear?

A Text Conversation Between A Bear & A Cat

Join the Discussion 12 posts so far

Coolest part of being a bear would be: